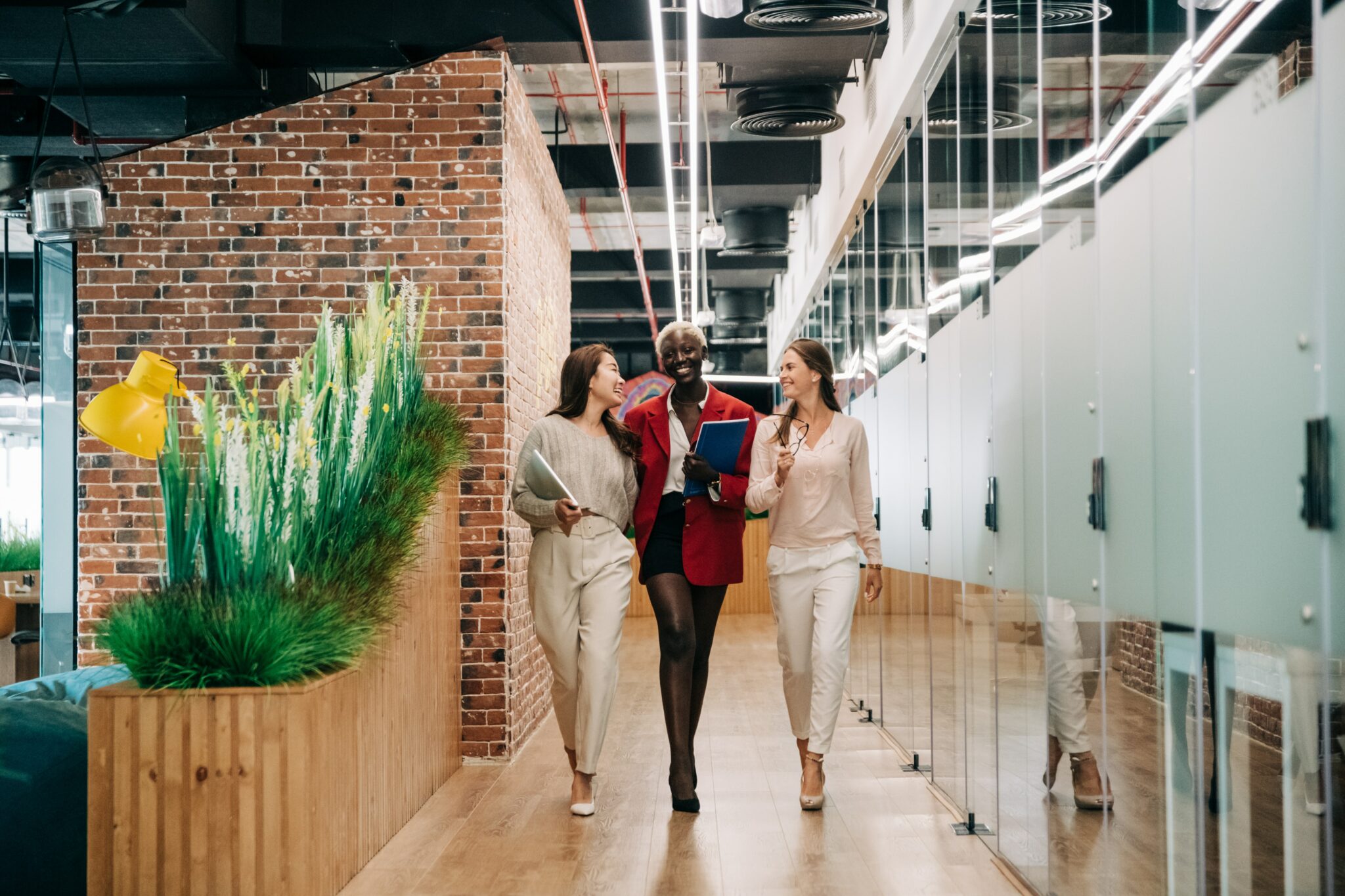 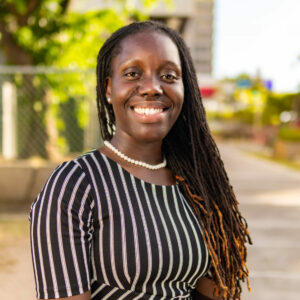 Candice Stewart is a writer with interests in entrepreneurship and education. She is also a blogger with a focus on life experiences and the teachable moments that they bring. Candice is passionate about the support of mental health and the special needs community as well as issues in accessibility, and inclusivity faced by people from those spaces. At Lumorus, she engages in research for Diversity, Equity and Inclusivity (DEI) across various fields and the importance of incorporating those concepts in business operations. She holds an MA in Communications for Social and Behaviour Change and a BSc. in Psychology from the University of the West Indies, Mona.
All Posts

Menstrual Leave in the Workplace is Important, Period

I remember exhausting my allotted sick days and departmental leave days because I couldn’t go to work based on the discomforts of menstruating or being on my period. The question was always asked, “Why are you always taking so many sick days every month?”

The answer was always so simple, but at the same time, it really wasn’t.

I have existed in a space where it is accepted as normal to experience a monthly period. However, it’s not normal to openly speak about what it really means to actually have a period and be negatively affected by it. So, when a woman’s body crashes because of what she goes through, there tends to be general shock and disbelief.

As a woman, I have grown to acknowledge the sentiment that women are strong and as such, we can handle anything. So, we pull up our bootstraps and work through the pain and discomfort. That is how society paints us and we act accordingly. As such, the fatigue, excruciating and sometimes debilitating pain, the back aches and the other forms of bodily discomfort that periods come with, generally, should remain hushed. Signs of vulnerability are frowned upon and made out to be deceitful forms of avoiding work or whatever it is we are generally held to account for. However, that is far from the truth.

Still, it can explain why our bosses, colleagues or even some of our doctors don’t usually believe us when we say that we need to take a day or two because of our periods.

I remember once, I curled up in a ball on the floor of an office I worked in because the cramps were too much to endure. Not many people understood that cramps are more than the minor aches a woman undergoes while she’s on her period. I could not move. All I did was cry and tried to wait out the pain.

When people bear witness to those instances, some of the reactions boil down to, “she’s exaggerating” or “she’s faking it”. However, it is almost guaranteed that if reproductive organs are swapped, those who feel it will in fact know.

Some painful and bloody facts

Generally, before the days of bleeding commence, pre-menstrual syndrome or PMS occurs where menstruating people experience mood swings, anxiety, irritability, and fatigue. Headaches or cramps are also common. Other bodily responses that occur include constipation and diarrhoea.  However, each person’s symptoms are different and they vary from month to month.

“Between 15 and 25 percent of people who menstruate will experience moderate to severe menstrual cramps.” This, according to Siobán Harlow, a professor of epidemiology and global public health at the University of Michigan’s School of Public Health. Professor Harlow studies the history of menstruation-related workplace stigma. Harlow states as well that 10 to 15 percent of people who menstruate will have pain that’s not very well-controlled with nonsteroidal anti-inflammatory drugs (NSAIDs).

Let it not be lost on you that the pain some people who menstruate go through is not always regularly expected cramps associated with having a period. Some people have conditions such as endometriosis, uterine fibroids, pelvic inflammatory disease or adenomyosis that magnify pain. Some menstruators also suffer from very heavy menstrual bleeding — all of which can make working while on their period quite difficult.

A 2017 survey of 32,748 women in the Netherlands published in the British Medical Journal found that 14% had taken time off from work or school during their periods. Others said they reported for work even when they were in pain, struggling to work while enduring their symptoms. This led to what researchers estimated was an average of 8.9 days of lost productivity per woman each year.

According to The American College of Obstetricians and Gynecologists, more than half of women who menstruate have some pain for 1 to 2 days each month. In some cases, the pain is rated as being mild but in other cases, the pain is so severe that it prevents them from engaging in their normal activities.

Based on personal experience and observation, I am in full support of a work benefits package including menstrual leave no matter your location.

Menstrual leave is important as it “allows workers who experience painful menstrual or menopause symptoms options for remote work and a set number of paid-leave days every year, on top of federally mandated paid vacation or sick leave.”

It has existed in various forms around the world for at least a century: the Soviet Union introduced a national policy in 1922, Japan in 1947 and Indonesia in 1948. But it’s still rare in many global economies, including the US.

Recently, Spain became the first Western country to offer menstrual leave, allowing women with severe pain to stay home three days per month. This type of allowance has existed in other countries including provinces in China, Vietnam, India, and Zambia.

The Spanish law will offer three days of menstrual leave each month for people who experience severe pains during their period. It is part of a bigger plan to address reproductive health in the country. It will be allowed with a doctor’s note with the potential to extend the allotted days up to five on a temporary basis for particularly intense or incapacitating pain. It is reportedly not expected to apply to those who suffer mild discomfort. Regardless, it is a step in the right direction.

Though it is reported that Spain is the first to institute period leave, countries such as Italy, Chile and Mexico have considered menstrual leave policies. It has also been argued in Australia for paid menstrual leave to be incorporated into existing policies.

In 2021, an Australian company, Modibodi, that makes period underwear, launched a policy that offers 10 days of paid leave annually for reasons relating to menstruation, menopause and miscarriage. In a statement, the chief executive, Kristy Chong, shared that she believes that in order for women to fully participate in the workforce, barriers should be removed. “We know that women are suffering. These issues are very normal and common, and they can be debilitating both mentally and physically,” she said.

The staff at Modibodi is predominantly female. Team members can text or email their manager that they would like to access their “MMM” leave. It is reported that the policy has increased engagement throughout the business. It has also “removed that shame and fear” around telling managers that you need a day off due to period cramps. “I think we’re kidding ourselves if we don’t understand that these people, when they’re suffering, they’re out anyway,” “Their brains are not mentally there,” Chong said.

Laws and honorary mentions aside, companies should not have to wait until a government says they are mandated to give their menstruating team members monthly menstrual leave to actually do so.

If for whatever reasons your company is not ready to institute menstrual leave – this could be based on the laws of the land – as part of the benefits package offered to staff, at the very least create a period friendly environment to enhance comfort levels.

Lastly, be mindful that there are menstruators whose reality is period poverty where they are not financially equipped to afford the management of their periods. The issue of period poverty is often exacerbated due to the cost of menstrual products where it meets the high cost of living and low wages. This ranges from the cost of sanitary napkins/pads, tampons, menstrual cups or even pain management.

Menstrual leave: Why some companies are offering time off for periods – Washington Post

How to create a period-friendly workplace – BBC

Why The Idea of Period Leave is Still Sparking Debate – Time

Dysmenorrhea: Painful Periods – The American College of Obstetricians and Gynecologists

Spain is considering offering menstrual leave, but it wouldn’t be the first to do so – Verify